Whether you are looking to learn more about paediatric musculoskeletal problems, or are involved in the care of children, then PMM and PMM-Nursing will help you change your clinical practice for the better.

Peter is 16 and was diagnosed with polyarticular Juvenile Idiopathic Arthritis (JIA) 6 months ago. He has weekly subcutaneous methotrexate (MTX) and was taught at diagnosis by the clinical nurse specialist (CNS) how to administer his own injection at home.

Peter comes to Teen clinic with his parents and sees the doctor on his own. He is doing well from the point of disease control and does not admit to any problems with his medication.  The plan is for him to continue with the same treatment regime. Peter also meets the CNS and his parents ask if they can have a conversation with the nurse. His mother reports that Peter is missing a number of his injections and she is worried that he will become ill again. Peter 'rolls his eyes' and is upset with his mother for raising this topic.

The CNS takes Peter into a consultation room to talk to him 1-1. As part of his transitional care and using the HEADSSS assessment tool, the CNS establishes that Peter is struggling with his injections and he does not think that he needs it any more. He describes how after initially giving his MTX injection on his own without any problems he now 'puts it off' for as long as possible. His mother frequently reminds him which makes him cross. Sometimes he takes it but he admits to missing it more often the past few weeks and he feels fine.

The CNS establishes a pattern of anxiety associated with his injections. He tells the nurse that due to young siblings in the house, he has the MTX and disposal bin in his bedroom. He has to cover them with a blanket because looking at them every time he goes in the room makes him feel anxious. He tells the CNS that he would rather have swollen joints than take the MTX again. 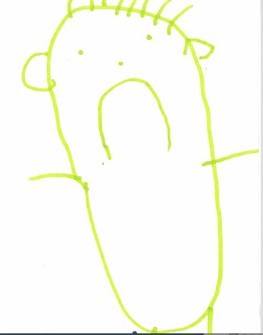 How to manage MTX intolerance ?

Methotrexate (MTX) is the most commonly used Disease Modifying Anti-Rheumatic Drug in Juvenile Idiopathic Arthritis (JIA). MTX is often very well tolerated by many patients and takes approximately 12 weeks to have optimum effect. However after being established on MTX the cumulative effects can result in nausea and other features of intolerance. The signs can initially be subtle and need to be probed for in the consultation. In Peter's case he is experiencing anxiety as a feature of MTX intolerance.

Nausea is common and often a reason for poor adherence - patients may stop taking MTX and may be reluctant to volunteer this information even if they have a flare of arthritis. Anticipatory nausea may often occur, resulting in nausea or vomiting or anxiety at the thought of the MTX dose and this can be really difficult to manage. The feeling of nausea when medication is discussed and association aversion to the colour yellow are also clues and may pre-empt the symptom of nausea and vomiting. Intolerance of MTX is the most common reason for switching to alternative immunosuppressive agent (usually a Biologic).

Strategies to manage MTX nausea and anxiety include:

For young people there may be a lack of concern about the long term impact of JIA and more concern to 'fit in' with their peers. Their memory of how they were at diagnosis and what a disease flare is like may be lessened with time. Parents may well have a more vivid memory. Given his age, Peter needs to be allowed to make decisions about his health and his parents need support in allowing him to do this. However their concerns about him and the risk of flare are understandable.

The multidisciplinary team (MDT) discussed strategies to help Peter and how best to manage the situation with his parents. It was agreed that using an anti-emetic was unlikely to be helpful. Peter was adamant that he would rather have swollen joints than take methotrexate (MTX) and refused to engage in any further treatment. He believed that his JIA 'had gone away'. Respectful of his role in shared decision making, the MDT agreed to stop his MTX treatment and review him in 3 months but with the understanding that he could contact the clinical nurse specialist (CNS) before then if necessary. His parents were unhappy about this decision but were supported by the CNS with the rationale.

Peter telephoned the CNS eight weeks later distressed and reporting that he could not write or use his computer effectively as his fingers and wrists were so swollen and stiff. He felt exhausted and was worried about his forthcoming exams. He was brought to clinic and had florid active arthritis. Options were discussed with him and also his parents. The treatment decision was to treat Peter with biological therapy.  His first injections were administered by a nurse and he quickly went back into disease remission and was much happier in himself. He reported that his anxiety had gone and that he was happy to continue with the new treatment.

The key points for his management include the need to respect his views and work with him and his family to reach a management plan. Having flared with his disease once his MTX had been stopped he was more engaged in the process to accept his condition and need for treatment. The biological therapy was unlikely to cause nausea and is well tolerated.